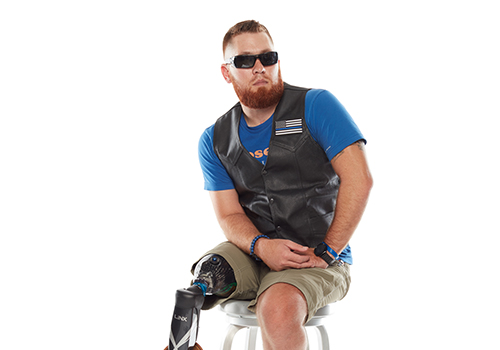 As a Marine Corps veteran and former Kansas City, Missouri, police officer, Nate has experienced his share of mental and physical tests. Nate was in a motorcycle accident in December 2015.  His chance of survival was just one percent.  Because of the accidnet Nate suffered an amputated right leg and a broken left ankle. He also had shattered teeth and loss of vision from a traumatic brain injury (TBI). Nate began physical, occupational, speech and vision therapies at Ability KC. In only 5 1/2 months, Nate began walking again with a prosthetic and regaining his vision. 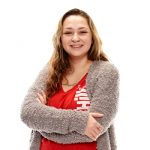