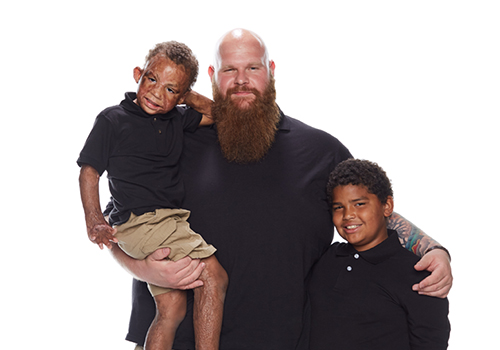 At just 18 months old, Jabin survived a devastating apartment complex fire.  He and his oldest brother Jacob made it out of the building in time. Sadly, their grandmother and brother Jeremiah did not. Jabin was rushed to the hospital where he spent the next three months recovering from second and third degree burns.  The burns covered more than 42% of his body. When he was discharged he immediately started in the Pediatric Medical Rehabilitation Program at Ability KC.

When he came to Ability KC he still had open wounds on his face and upper body that needed multiple bandage and dressing changes daily. But Jabin’s tenacious spirit never wavered.  His family and therapy teams set his first goals to do age appropriate self care skills like dressing and feeding himself and interacting with peers.

Jabin continued working towards many goals in therapy. He worked on stretching his scar tissue, walking without tripping and opening his mouth wide. All of this was done while taking steps to avoid additional scarring.

During the past two years Jabin’s therapy teams have watched him thrive. It isn’t uncommon to see him circling the halls at Ability KC on his tricycle with his Superman cape flowing behind him. Today, he can grasp items, chase his brother and play basketball with his friends.  Jabin’s goals will change as he ages. Ability KC will remain a partner in celebrating all of his big events. 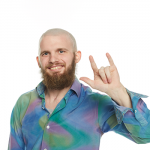 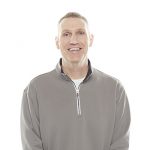